For over 50 years, the late Senator Marisa Ferretti Barth has dedicated herself to the well-being of fellow citizens, in particular seniors from the Italian-Québecois community and other cultural communities in Greater Montreal.

In 1997, she was the first Italian-born woman to be appointed to the Senate of Canada, where she actively participated in various committees, including for human rights, social affairs and finance. In May 2003, she served as president of the Canada-Europe Parliamentary Association.

In June 2008, Senator Ferretti Barth received a title under the Ordre national du Québec, and in 2009, was honoured for all her work by the Desjardins Group and received the Québec Lieutenant Governor’s Seniors Medal.

More recently, she was the recipient of the Prix Hommage Aînés from the Montreal Steering Committee on Seniors (Table de concertation des aînés de l’île de Montréal) in 2010 and the Prix Grand-Aînée from the University of Montreal Observatory on Ageing and Society in 2015. In 2018, she was named Officer of the Ordre de Montréal.

A recipient of several honours for her community and civic involvement, Senator Ferretti Barth was named Woman of the Year for social and humanitarian activities in 1986 and was named Grand Officer of the Order of Merit of the Italian Republic in 2008.

She founded the Il Campanello d’Oro (The Golden Bell) choir, which, for more than 36 years, has given seniors the opportunity to share their outstanding voices. She also founded the Les Papillons folkloric dance group, which showcases the talent and ardour of senior dancers.

Realizing that there was a serious lack of resources for seniors, especially Italian-Canadians, throughout 1973 to 1974, Senator Ferretti Barth founded the CRAIC (Consiglio Regionale degli Anziani Italo-Canadesi, or Regional Council for Italian Canadian Seniors).

From 1974 to 2008, she held several posts at CRAIC, including social worker, human resources adviser, community organizer, managing director, vice-president and president. Outside of CRAIC, she was president of the Italian Community Assistance Association (Associazione Italiana Assistenza Collettività – AIAC) from 1991 to 2008.

Senator Ferretti Barth has consistently played an integral role at CRAIC. Over the years, she has set up 84 clubs, several committees and several services, some of which are targeted at particularly disadvantaged groups.

Origin
Born in Ascoli Piceno Italy, Senator Ferretti Barth lived in Italy and Switzerland until 1963, when she immigrated to Québec. She quickly integrated herself into the community. In the early 1970s, she became an immigration counsellor, then an Italian community service organizer.
Legacy

Senator Ferretti Barth has participated in the establishment of several other organizations (especially golden age clubs) for different groups, including people of Afghan, Chinese, Lebanese Syrian and Russian origin. She has been part of committees, councils and other groups addressing seniors, including the National Advisory Council on Aging and the Québec Seniors Council (Conseil des aînés du Québec).

Senator Ferretti Barth has played the role of intermediary and representative of our elders, given her firsthand knowledge of their plight. Her work has made it possible to reduce the isolation of many seniors and facilitate their integration into all areas of Quebec society. One of her more concrete initiatives has been Les Jardins d’Italie, which is a large residential complex built in 2007 for Italian Canadian seniors in the Montreal borough of Saint-Léonard.

On March 28, 2021, our beloved Honorable Ferretti Barth passed away leaving behind a legacy and an organization dedicated to helping our communities. Her love for the CRAIC will never be forgotten. She left a dedicated team that will continue the outstanding work she created. 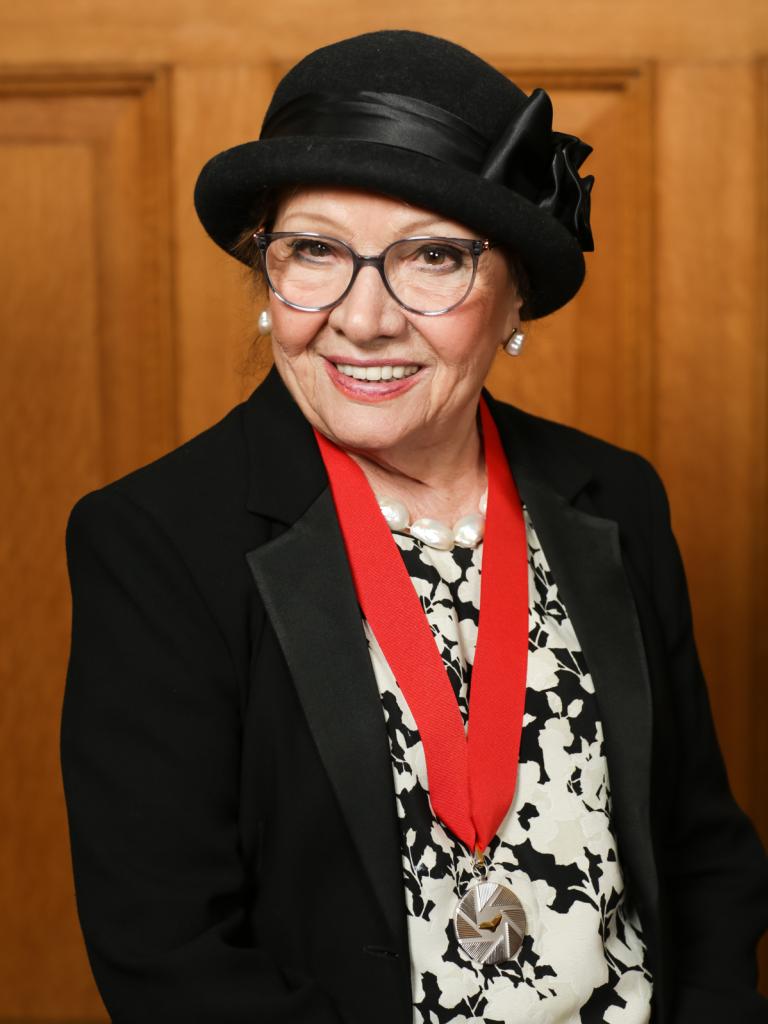